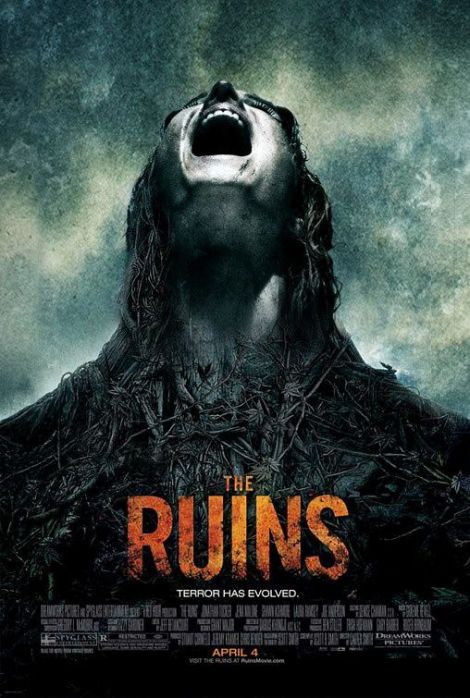 Remember a day, four years ago, when the only way to see a movie at your house while it was still in theaters was to watch a streaming, bootleg version of it? These days, all the kids are using their downloads and their “torrents” and can watch an HD version of a movie in theaters the day after its release. Am I going somewhere with this? Oh yeah, the first and only time I had seen this movie was when I watched a bootleg copy of it online. I couldn’t see a lot of what was going on and it kept buffering and it wasn’t an enjoyable experience. You know another movie I watched like that? THE NANNY DIARIES. Yup, I watched it, and I also just remembered that I bought The Nanny Diaries on DVD because I really needed a 4th movie for Blockbuster’s “4 Movies for $20” deals. Hahaha, remember DVDs? That was crazy. Good story, Wolfy! 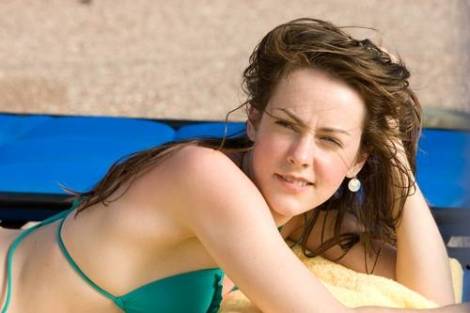 This movie also reminded me that Jena Malone and Kristen Stewart were two completely different people.

A bunch of vacationing suburban brats are partying in Mexico and….something bad happens! Okay FINE, I’ll go into more detail, I just feel like I’ve been starting off with “…a bunch of douchebags are on vacation”. These college kids meet some dude who is looking to investigate some ancient ruins–WAIT! Is that why this movie is called “The Ruins“? Probably not. All these dumb white people go into the Mexican forests and when they get to the titular ruins, they are surrounded by locals with guns and bows and arrows. Weird, right? The group run to the top of these ruins and find abandoned camping equipment. I THINK SOMETHING WEIRD HAPPENED! The weird thing that happened was the vines that covered the ruins are killing people by burrowing into their flesh and doing gross things. The reason they aren’t allowed to come down from the ruins is that they’ll carry the vines with them and that can’t happen. There’s a leg amputation scene involving rocks and an impromptu surgery scene where characters go digging around inside themselves to kill vines, but things don’t end there! Only one member of the group is able to escape the vines and the ruins and the locals and we think she’ll make it back to civilization, only to see some vines growing under her skin that she probably doesn’t know about and WHAT THE FUCK WILL HAPPEN WHEN THIS SHIT GETS TO TOWN OH NOOOOO!!!!!!!!

THIS SHIT’S SCARIER THAN WHEN TEMPLE GUARDS JUMPED OUT AT PEOPLE ON LEGENDS OF THE HIDDEN TEMPLE.

This is based on a novel, but I guess the author of the novel was involved in the making of this movie, so I’m assuming he endorsed the story. How many times have we seen this story before? Group of characters are stuck in a small physical space, not knowing what to do or not necessarily knowing where the dangers are, resulting in most or all of the characters dying? Once you get past the relatively generic series of events, this movie’s not all that bad. The characters weren’t necessarily all the likable, but that might be because they were somewhat atypical. For example, the “lead” college guy, played by Jonathan Tucker, was kind of a douchebag. You totally understood why his girlfriend, played by Jena Malone, would cheat on him. Despite his douche-factor, you were glad to see him step up and use his medical school skills to help amputate a guy with a rock. That leads to another selling point of this movie, which were the effects. Granted, the effects of the vines crawling under the skin were done through CGI, but the idea of it and the impromptu surgery scenes were pretty gnarly. Not necessarily a bad movie that had some mildly amusing twists to an otherwise played out storyline, but not something that will stick in many people’s memories. I enjoyed taking a trip down memory lane and watching Jena Malone on my TV because everyone thought she’d have some sort of actual “career” after Donnie Darko. 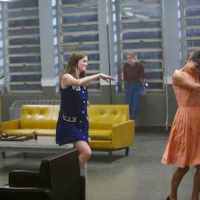