This one was for you guys! In an effort to bring you guys some reviews on the newest, coolest movies (from 2010), I made it a point to attend a late night screening, despite not really wanting to. I tried to justify to myself all the things I could be doing: sleeping, watching something else, hanging out with friends, sleeping…so many things! Instead, I sacrificed my evening to review a movie that only really had a limited release so that way you guys are totally impressed with how cool and hip I am. I didn’t even watch the trailer, had only seen the poster for it, so that way my expectations were low. The short, non-spoilery review is that interesting visuals can only go so far, and would have enjoyed this movie had the plot been developed a little further, but if you dig cerebral sci-fi from the 80’s, you’ll like this more than I did. And for the spoiler FILLED review, just keep reading!

The 80’s were full of stylish, uncomfortable furniture.

The film opens with a video that reminds me of something produced by the Dharma Initiative, with some sort of cult figure promising happiness and enlightenment and all that good stuff. We see that it’s 1983, and the story shows a young girl (Eva Allen) being held in some sort of futuristic facility, where she’s being interrogated by some strange doctor (Michael Rogers). We’re not quite sure the purpose of the interrogation, but there are hints at some sort of telekinetic powers within the young girl. We start learning that this strange doctor is running operations for some sort of cult, but we’re still unclear of what the purpose of this young girl is. When we see the strange doctor interacting with the supposed leader of the cult (Scott Hylands), we get a flashback that shows the doctor’s initiation into the cult, which involves being submersed in some sort of black oil, some sort of promise of how important the doctor will become, as well as a baby being submersed in the oil, and realize this was the young girl as a baby. The doctor gets prepared for some ritual involving the girl that necessitates him removing his wig and contact lenses, revealing his crazy eyes. When he goes to perform some ritual, he sees that the girl has escaped the facility, so he uses a tracking device implanted in her to find her. He finds her in a field, wandering around, and as he tries to apprehend her, he trips over a stick and bashes his head open on a rock. The camera zooms out to show the girl approaching a small neighborhood, and the movie ends.

Meanwhile, back at the Daft Punk auditions…

No, I’m not kidding, the final confrontation ends with the villain falling down and bashing his head open. The reviews that I had seen of this movie before watching it were mostly focuses on the technical proficiency of the director, which I definitely agree with. For a movie being made in 2010 that was set in 1983 that was supposed to be “futuristic”, I really think they got the tone and feel of everything right. There was a lot of soft focus, lots of bright colors, and most of the sets looked like they were stolen from THX 1138 or 2001: A Space Odyssey. The pacing was pretty slow and there wasn’t that much dialogue, but all of the music used in the film combined with the visuals at least made for an enjoyable experience, which might have been heightened had you taken some hallucinogens. The more slowly paced a film is, the more I find the tension to build, working towards an inevitable release of tension. My biggest issue with that movie is that we NEVER find that release. All of the brainwashing and cult activities and telekinetic plot points were all really interesting and kept me engaged, but the movie ended far too abruptly to feel any sort of release. I know there are plenty of other people who hated this movie, as evidenced by everyone in the screening I attended’s reactions, and I’m sure some people loved the abruptness and absurdity of the ending, but I think that seeing a late night screening might have made me kind of annoyed, having waited so long and put up with so many abstract moments and never climaxing (that’s what she said).

Leave a Reply to Beyond the black rainbow - review Cancel reply 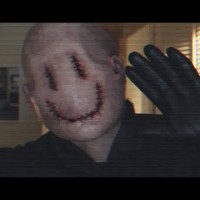