Have you ever had one of those experiences where you kind of sort of hear things about the movie, think about those things for too long, watch the movie, and then learn how incredibly wrong you are about the movie’s plot? THAT’S WHAT HAPPENED WITH ME! As soon as I had heard about The Tall Man I immediately drew comparisons to a series of short YouTube clips called “Marble Hornets“. Marble Hornets is a series of video clips that center around a guy trying to make a movie who is mysteriously descending into some sort of paranoid madness, and it’s his friends who “found” these video clips in order to chronicle what had happened. A recurring image in these clips are a figure referred to as “The Slender Man”, which is just kind of a distorted looking guy in a suit who appears to be stalking the main character. How was I supposed to know that there’s a difference between being tall and being slender?! Either way, I thought this movie was going to involve a similar anomaly, where there’s strange things going on surrounding Jessica Biel and the presence of a mysterious figure. It turns out that I was wrong…DEAD WRONG! I’m still alive, so I hope I didn’t give you the wrong impression when I said I was dead.

Nope, sorry, still not Danielle Harris no matter how many times you check IMDb just to be sure.

In a small, former mining town in rural Washington, there have been multiple child abductions with no sign of any body or any sort of trace of where these kids are going. Some residents start blaming a force known as “The Tall Man”, with no other description other than there’s a creepy tall guy who some people claim to have seen. One night, the town’s nurse, Julia (Jessica Biel), wakes up after a loud noise in her house and finds that her child has now fallen victim to being kidnapped. Julia tries following this tall figure that has just abducted her child, but loses the trail and eventually finds her way to a local diner. At this diner, she sees pictures of all the missing children in a back room, including the picture of her now kidnapped son. Thinking something is weird, she escapes the diner and follows the town sheriff to a location where she believes her son is being held, also due to hearing some strange conversations from the town residents. When she goes into this supposedly abandoned building, Julia finds her son, as well as the person who kidnapped him. The kidnapper gets the jump on Julia, and when the kidnapper reveals herself, it’s…an above average height woman? Huh? This woman then lets Julia know that she is the boy’s REAL mother, and the kidnapper knows that Julia kidnapped him, and she was just kidnapping him BACK, and the whole town believed her so they were in favor of ruining Julia’s plans. WAIT…WHAT?

I guess that it was an accomplishment for Jessica Biel to look like complete and utter shit in this movie, since she was playing the villain? As opposed to the sexy kidnapper who inexplicably wears only a bra or whatever she originally auditioned for.

You read that correctly, kids! It turns out that Julia was the one who has been stealing all of the children from their homes and claims that they were murdered and will never be found. After some prodding, we learn that this isn’t actually true, and that Julia, in addition to being a bitch, is a giant liar! The kids were actually given to “The Tall Man”, who we learn is Julia’s still alive older husband, who is also above average in height. With Julia now in jail, the jig is up! Or is it? One of the last thing Julia did before being arrested was give the name and address of one of her patients to the Tall Man who then abducts the girl. He scoops her up and tosses her in a car and then, strap in folks because this is where it gets CRAZY…so the Tall Man takes the girl, and then…HE DRIVES HER TO THE CITY! WHOA! When she gets to the city, she is handed over to a rich lady who then takes care of her. Apparently this whole Tall Man/kidnapping scheme was for the benefit of the children, as the goal was to take children from poverty-stricken and abusive homes and allow them to live their lives with rich people. Yeah, that’s seriously what this movie ended up being about. Bullshit, right? 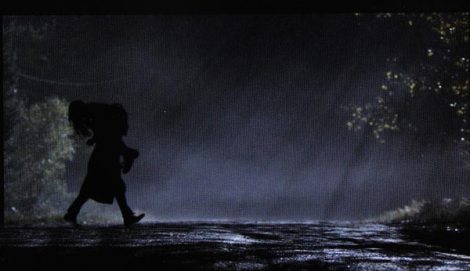 More like, “The guy who was tall enough to have people asked if he played basketball”, am I right?

Could I have been MORE wrong with what this movie ended up being about? Holy shit, what a stinker. The coolest part about this movie was the idea of a Tall Man (which really isn’t that intimidating of a name) and the possibility that he could be some sort of mythical being. Whether he be similar to the famed Mothman or something more similar to what I anticipated his role to be, and it was just a guy who was KIND OF FUCKING TALL. KIND OF. In fact, his height was so exaggerated that we considered an above average in height woman to be the Tall Man. WHAT THE FUCK?! My initial reaction to the story was that it reminded me a lot of Martyrs, with a big difference being that I really enjoyed Martyrs. Both movies, however, make the audience think the story is going one way for the first half, then switches to a completely different idea, and even at the end, another concept is brought about to throw the audience even further off track. In Martyrs, there were concepts of philosophy and religion and human suffering, and in The Tall Man, it was that Jessica Biel and her husband were so self-righteous that they’d steal kids and donate them to rich families? At first, I just thought it was a coincidence that this film so similarly switched gears the way Martyrs did, and then I learned that they were both written and directed by Pascal Laugier. It sucks because there were some interesting ways of setting up the concept of this “Tall Man”, and I think that it’s because of how well he set up that mythology that I was so incredibly disappointed with it being nothing more than a guy who was probably as tall as me. I wish there was something positive that I can say about this movie, but unfortunately, even that series of video clips on YouTube are creepier and more entertaining than this movie was. 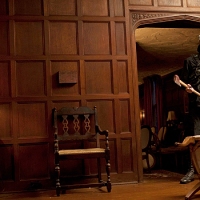 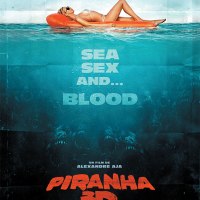 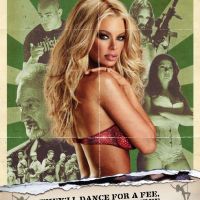 Here’s a #tbt to John Carpenter telling me why he won’t be writing or directing anything anytime soon back in 2019. Trying something new, apologies that the audio quality ain’t great!
Highly recommend getting married to someone who you never get sick of looking at AND to someone all of your friends would rather talk to, because they are cooler! #wcw
Spiral: From the Book of Saw (2021)
For as much as I love this in concept, I’m nervous about the execution. I feel like my man Count Chocula will throw the whole thing off!