I bet you’re wondering what the Wolfman does on a romantic evening such as Valentine’s Day. I bet you are already jealous of what was in store for Rampaige. Well, let me give you the inside scoop. After I got home from work, the two of us watched a romantic television show briefly, known as “The Cosby Show”. We decided to leave the house to pick up romantic hamburgers from Kuma’s Corner, yet after calling in our order and being told they “are closed for pretty much every holiday”, we decided on something even better, and had sandwiches delivered. Once we had finished eating our sandwiches, we needed to satiate our libidos and couldn’t think of a better way to do that than by watching Lost on Blu Ray. After a few minutes watching an episode, Rampaige needed to distract herself from her primal urges by opening up her computer to play Text Twist. Not wanting to be left out, I whipped out my laptop and shot my load of information onto the keyboard by posting not one, not two, but THREE reviews onto the blog. Once we had satisfied those burning desires of running our fingers up and down the keyboard, we turned off the lights, moved a little closer on the couch, and fell asleep watching Matthew Fox, Terry O’ Quinn, and Josh Holloway run around on a beach. More romantic than your wildest dreams, isn’t it? Well, this post is also a response to the fact that according to my poll, people want more ranting and ramblings from me! Disagree with what you want to read on the blog? Go ahead and vote!


Also something that I recommend you guys check out is www.whoisarcadefire.tumblr.com, which brought me plenty of laughs yesterday. I figured that they were relatively well-known, but that website let me know that they apparently aren’t, and was also a reminder of how fucking stupid people are that watch the Grammy’s, and also care about them. I mentioned this on my Twitter (www.twitter.com/wolfman_cometh) yesterday as well, but I am certainly no Arcade Fire superfan or anything, but seeing how cranky these people are is hilarious. Nate Fernald (www.natefernald.com) introduced me to them a few years ago, and I love their first album, haven’t really listened to their second or third albums much. However, the video for the title track on their newest album, directed by Spike Jonze, is a reminder of how fucking awesome Spike Jonze is.

Dammit, between talking about The Arcade Fire, and talking about how awesome Spike Jonze is, I’m sure you’re reading this post and thinking “What the fuck, Wolfman?! Did you turn into a hipster?!”. The answer is no. And for anyone who uses the term “hipster”, I refer you to this infographic: 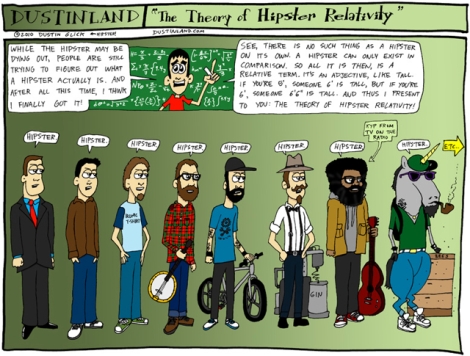 7 responses to “A Night of Romance with The Wolfman” 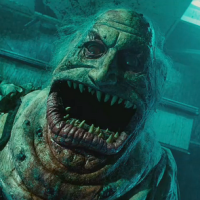