I’ll admit that the subject of this post doesn’t really make any sense. After my time at the Music Box Massacre over the weekend, and seeing how many horror nerds are also comic book nerds, it reminded me of how many people I know love horror movies and enjoy comics. Strangely, I thought about the fact that I know people who like comic books but hate horror movies, which I thought was interesting. I put the question out on Twitter to see if there were any horror movie fans who hated comics, and there wasn’t really an overwhelming response. Instead, I questioned why I gave a shit about what different “nerds” like and came to the realization that there are a shitload of nerds who like a shitload of nerdy things. Also, I’d say that the term “nerd” is quite subjective and is going to mean a lot of different things to different people. For example, I’m sure lots of people think that loving Star Wars is something to be considered quite nerdy, until you think about the fact that it is one of the most successful film franchises of all-time. Can that be nerdy? What about comic books, which is an industry that has had peaks and valleys in popularity through the past few decades, and I’m willing to bet if you took a sample of people on the street, the majority would be those who haven’t read a comic book. Then again, this year alone there were FOUR big budget summer movies about comic book characters, add to all of the other TV shows, cartoons, and videogames that are prevalent in our society that center around comic book characters. I feel like maybe the term “nerd” doesn’t necessarily apply to the content of one’s obsession, but rather the fact that the obsession exists in the first place. I’m sure that athletes aren’t necessarily considered nerds, but it’s entirely possible for someone to be obsessed with collecting a team’s merchandise and knowing every statistic about them ever, which I would say makes them a football nerd or hockey nerd. I think I’m getting a little off-topic from what my original question was: why do so many horror nerds love comics?

This is such a stupid fucking question to waste my time thinking about it. I came to my own conclusions after some deep soul-searching and came to the realization that things that are considered “nerdy” are typically things whose popularity lies in subcultures, as opposed to the majority of any population. I’m sure that if you asked someone whether or not they have heard of things like comic books, Star Wars, Star Trek, dinosaurs, robots, toys, Dr. Who, or horror movies, 99% would say yes. However, the individuals who take these subjects to an “obsessive” level aren’t your average person. These people seem to adhere to the belief that the things they like are better than things that other people like, almost in a sense of misguided pride over what they enjoy. Not only does this sense of pride lead to disliking things that are more popular, like sports or action movies, but even amongst other subcultures. Think about the rivalry between Star Trek and Star Wars fans, always claiming one is better than the other. Who gives a shit? Different people like different things for different reasons, so if it isn’t hurting anyone, let everyone obsess over what makes them happy. This misguided sense of pride and accomplishment over finding something to obsess over also causes a sense of elitism towards someone who is new to the subject. The stereotype of “comic book guy” being intimidating to your average comic book store owner is a tangible example, because I’ve met that guy, and I hate that guy. Was everyone who likes something nerdy born knowing everything about that subject? No, you weren’t, because at some point you were the one new to that thing. Why can’t you just be excited that there is someone trying to learn about something you already know so much about, and share the wealth?

One last time, back to what my original question was. Why do horror nerds like comics so much, or at least tolerate them? Well, maybe it’s just because it’s one more nerdy thing to like. Not all of the pride felt over enjoying something that is mostly enjoyed by the minority is negative, because it sometimes results in wanting to share what you love with other people. I am a pretty boring person, and most of the conversations I engage in lead to either horror movies, comic books, Star Wars or sharks. I have shirts with those things on them, I talk about them online, and I have this shit all over our apartment (sorry Rampaige). I’m sure plenty of people listen to me and then try to forget what I was saying, but I also know for a fact that my talking about these things has caused people to actively seek out a comic or a movie and really enjoy these things. We are getting a lot better in our society for accepting people for their beliefs and lifestyles, and I feel it’s the same with nerds. There are movies (like Fanboys, which is awesome) and TV shows (like The Big Bang Theory, which is fucking horrible and one of the worst shows on television) about people who love and obsess over nerdy things, and these movies and shows are successful. Listen, if you love something, no matter how nerdy or how plain it might be, just support it, and support the people who support it, and support the people who don’t support it, and support the people who create it, so that there’s more of it. The more we ostracize others, no matter what their tastes, the more negative energy is being put into something that should be making you happy. Read comics. Watch horror movies. Play sports. Do whatever the fuck it is that makes you happy, and stop judging everyone else for liking things that are different from what you like, or talking shit on people who like things that you like, but they like them differently than you do. 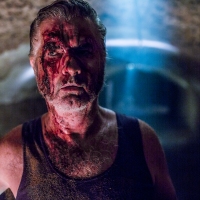