Have any of you guys ever played with a Ouija board? Has anything evil ever happened to any of you? Exactly, I didn’t think so. I feel like everyone has a story about some made up bullshit that one time happened to one person they knew who fucked around with a Ouija board. I remember a time where my friends and I played with a Ouija board basically every night for two weeks and NOTHING ever happened. We played in basements and in attics and even played with it in a really old movie theater and nothing spooky happened. Where were all the demons to come out and fuck with us? Although, we one time used it with this guy who was (possibly still is) a dickhead and he was super angry that the girl he had a crush on thought my jokes were funnier than his were and the ghost told him to suck its ghost ass. I WASN’T EVEN TOUCHING THE GAME, I SWEAR IT. And it was all “suck my ass”. Where was I going with this…oh yeah! In one scene of this movie, the characters play with a Ouija board. That’s it, that’s the only connection to anything I’ve been saying. Glad I could help!

Same thing happened when I tried to trim MY pubes.

In the late 1970’s, a little girl freaks out and kills her parents with scissors. 12 years later, we see this girl, who has been nicknamed “Mary Hatchet”, in a mental institution getting raped by a guard. 9 months later, we see Mary giving birth to this lovechild, but the doctors let her know the baby didn’t survive. This makes Mary freak out again and murder basically everyone in the institution before the cops show up to murder her. 20 years after THAT happens…wait, so it’s…uhhh….32 years and 9 months after the opening scene, and in those 32 years, the legend of what Mary did turns into a night full of mischief and mayhem in the small town where it happened. By “mischief and mayhem”, I mostly mean high school kids throwing eggs and things, getting drunk, and wearing masks of Mary Hatchet. At one party, a girl brings a friend that nobody has met before, played by Danielle Harris. Strangely, people at this party start getting murdered! Weird! The kids at the party go to Graveyard Gus (played by Bill Moseley) for advice on how to not get murdered. When they gang goes to the abandoned mental institution where Gus used to work and Mary used to live, he finds records showing that her baby wasn’t actually dead! In fact, the baby is alive! And would you believe the mysterious friend at the party is Mary’s daughter and she’s killing everyone there for no real reason!? Well, not NO reason at all, but earlier in the film we had learned that Mary had some sort of “menstrual rage” or something, and I guess once a month she would become completely insane. I guess that’s why Mary freaked out in the opening? She was getting her first period? This trait was passed down to Danielle Harris and that’s why she started killing everyone. Her character kills a few more people, Mary’s ghost shows up and somehow kills people, and then the movie’s over. Yay for getting periods! Wait, no, boo for getting periods that make you kill people!

“I know she’s holding the severed head of someone she just murdered and everything but HOLY COW! BOOBS!”

One of the stranger things about horror movies is that it seems to have almost a completely different set of standards for what’s entertaining when compared to other films. Because there are so many awful horror movies, you can acknowledge how awful the genre typically is, while also being awful on its own, but still be okay? Did that make ANY sense? Probably not. Let’s try to unravel this complicated yarn of nonsense that I appear to be weaving. This movie is not good. That’s the short review. However, the movie seemed to be aware of the fact that it had a very low budget and a pretty ridiculous concept, so by embracing the poor quality of the film as a whole, it seemed to be self-reflexive of the entire genre. Have you guys seen Dead Snow? Or have you maybe seen Piranha 3D? Okay, those movies aren’t actually scary movies, but they fit in the horror film genre. Because they’re aware of the ridiculousness, they embrace it, and end up being really entertaining movies.  I’d  say that Blood Night: The Legend of Mary Hatchet fits into that category of horror film, as it seems to intentionally attempt to make you laugh. Even though I use Dead Snow and Piranha 3D as references, this movie is nowhere near as good as though films are. Need I remind you that the plot was kind of dumb, despite making just enough sense for me to realize what the plot was, but all of the characters were still pretty annoying and had poor dialogue. There were decent enough kills and special effects, there was a bunch of arbitrary sex/nudity, and threw in two actors who are genre staples, and the movie is far from unwatchable. If you were to remove any of those factors, especially the entertaining Bill Moseley and Danielle Harris, and this movie would be absolutely terrible, but by hitting all those points and including the comedic elements of mocking itself, it was at least somewhat entertaining. Also, seeing Bill Moseley as a crazy old man reminds me of how fucking terrifying he was in The Devil’s Rejects. Man, that guy had one crazy beard. 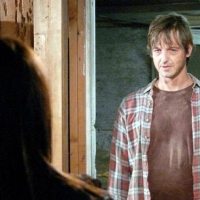 Sam Richardson and Ben Schwartz are silly and funny so I’m sharing the whole interview! For fans of: werewolves, Sonic the Hedgehog, DuckTales, Jean Ralphio, singing, Detroiters, The Afterparty, and silly stuff!
Thanks to Isla Fisher for humoring my push for the Beach Bum Cinematic Universe
Feel a bit like a poser with this hoodie since I’m not a Scream superfan but it is damn comfy!
Hey there! These last few years have been brutal on the entire planet, to put things lightly. I have felt incredibly fortunate to have been able to maintain my career and physical health, which are gifts others haven't been so lucky to keep. Mentally and emotionally, on the other hand, I know that there is a light within me that has gone out. These last few months have been some of the worst I've experienced, with each passing week only getting worse.