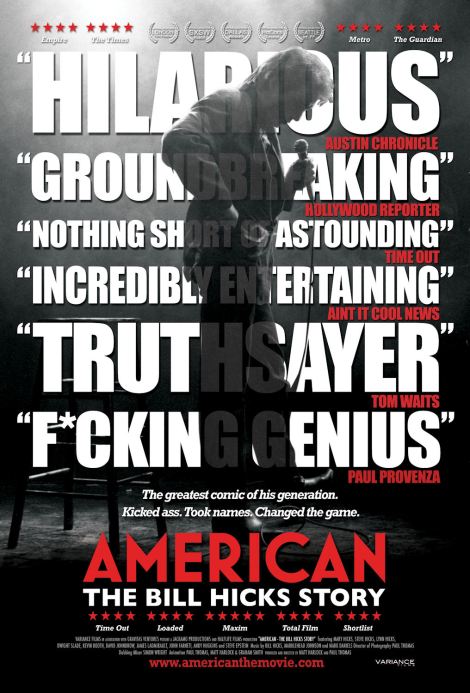 Wait a second, isn’t this a documentary? It is! It is a fucking documentary! How the fuck do you review a documentary?! I think I only reviewed one other documentary, which was Exit Through the Gift Shop, and that was probably just because I was so excited to tell other people about it. I’ve watched quite a few documentaries since doing this blog, but clearly don’t review many. The first reason why I don’t really review them is because the content is typically something of fact, and it’s hard to critique facts. If I watch something about Abraham Lincoln and talk a whole bunch of shit about the Emancipation Proclamation, it doesn’t mean that it didn’t happen. For the record, I wouldn’t talk shit on it, it was just the first example that came to mind. I can’t really argue that he only freed the slaves because of how popular Paranormal Activity was or some bullshit like that. The second reason is that I feel all documentaries are essentially persuasive essays, or an op-ed piece. Someone will take a point that they want to get across, they use research, facts, and editing to put their argument together to convince the audience of what that point is. No matter how political or mundane the documentary might be, there is a message they’re trying to get across. Even something like The King of Kong, about a guy trying to get the all time top score on Donkey Kong, portrays a clear underdog and a huge egotistical dick as his enemy, yet after the film’s release, both parties came out and admitted things were dramatized for entertainment’s sake. So why did I decide to review this documentary? Well because it pissed me the fuck off, that’s why.

Bill Hicks grew up in a few places before settling in Houston, TX. His friends loved comedy, and Bill made his way to performing stand-up as early as the age of 15. Despite partaking in a heavy amount of hallucinogens, Bill didn’t lose sight of what he wanted, and was able to move to L.A. to further pursue his career in comedy. Hicks found some success, but also found lots of rejection with his writing. Feeling defeated, Hicks moved back to Houston where he started drinking, leading to alcohol abuse. Despite being intelligent and entertaining, his stage antics caused a fallout amongst his friends and fellow performers, leading to his stint in rehab. Once cleaned up, he had refocused all of his energy on comedy and his peers considered him to be at the top of his game. Unfortunately, a lot of his material involved religion in politics, as well as commenting on the sad state of the American population. Despite being regarded as one of the most talented comedians of his time, he was never accepted by a mainstream audience, causing more feelings of defeat. Hicks found lots of success in the UK, being an American whose material spoke out about America, only to return to the United States and have his material frowned upon. He was diagnosed with pancreatic cancer, which is when he went even further into his frustrations with America, the press, and broadcast television. His last tour had a lot less humor, but a lot more honesty, and Hicks seemed to embrace death as an inevitability, until he passed away in 1994 at the age of 32.

Shitty photo of Hicks or a good photo that was intentionally made to look shitty for the artistic goals of the documentary? YOU DECIDE!

Unfortunately, this was a pretty shitty documentary. It could be argued that the movie fails because of the facts it represents, but I’ll get to that in a moment. The biggest flaw would be the visual style that was used to “recreate” moments from the past. There wasn’t that much video of Hicks when he was young, so they instead chose to use motion graphics to give some sort of energy to photos of him. What does that mean? Well, it means they would take a picture of Hicks, cut everything out around him, then put that picture in the front seat of a car, and animate the car to show him driving somewhere. It looks like someone who was a huge fan of Saul Bass trying to emulate his style, but it was done poorly and looked more like an episode of South Park. After tolerating that for the first 20 minutes or so, a lot more actual footage was used, and it was enjoyable for about 45 minutes. The last 20 minutes reverted back towards the South Park style, and it looked like shit again. The filmmakers had interviewed people whose voices were used to narrate over some of the animated sequences, yet we don’t see these people until the very end of the film. I guess I can appreciate the attempt at making a documentary in a different style, it’s just disappointing to see that syle being done so poorly. Anyone remember that show on MTV called BIORhythm, where they used pictures and played music instead of having a voice over? It looked a lot like that, and that show got canceled for a reason. And now that there was a documentary about Bill Hicks, we’re going to have to wait years and years before another one comes out that will hopefully accomplish more than this film did. 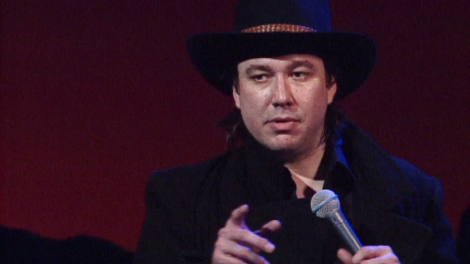 There’s that crazy 90’s fashion I was looking for!

The story of Bill Hicks might not seem that exciting, compared to any number of other comedians who have had documentaries about them, but what was exceptional about Hicks was the content of all his material. By no means was he the first angry comic, and you could trace his influences to influences to influences, but I feel his style really impacted any number of more popular “angry” comedians today. He talked about every subject on stage with as much passion as any other topic, whether it be a rant about his frustrations with the Catholic church, to stories involving dicks, to a story about his taking hallucinogens that had no punchline. It wasn’t his job to make you laugh, because he made you work for the joke. If you understood what he was saying and found the punchline, good for you, but he wasn’t going to hold your hand through the process, and if you didn’t get the joke, then that’s your problem. An acquaintance in college used to always say Bill Hicks was his favorite comedian, and I didn’t think that guy was funny, so I ignored him. Only now, years later, do I truly understand how big of an impact he has had on stand-up comedy, and it’s too bad that he died so young, and without more people realizing his talent.