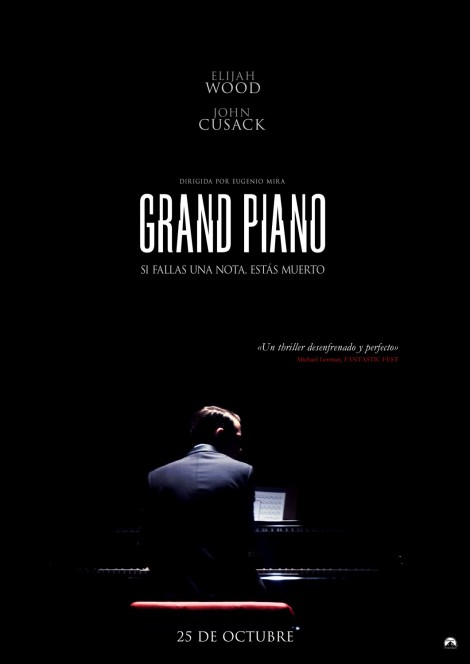 “Hey, Wolfman, didn’t Fantastic Fest end three weeks ago?” SHUT THE FUCK UP, PERSON WHO WOULD ASK ME THAT QUESTION. As you might have recently read in another blog post, I’ve been without a computer for a few weeks and fell behind on reviews. Also, since I’ve been running a horror movie trivia night once a week, a lot of the computer time I did get was spent figuring out trivia. Since that’s winding down and now I have more computer time, that means you guys get to read my thoughts on movies that you already read everyone else’s thoughts on three weeks ago! Yay! Another little thing I should mention is that with all of the Fantastic Fest reviews I’m going to be posting over the next, well, however long it takes me to catch up, I’m going to try to get right to the meat of the review. Since I normally introduce a film with a hilarious personal anecdote or thoughts I had about a movie going into it, most of the reasons behind going to see these movies were “I was at a film festival and this was a film I knew little about and just gave it a shot.” That being said, festival buzz around Grand Piano was pretty strong, even people going as far as to say it was their favorite film of the festival, I figured it was worth 90 minutes of my time. And suffice it to say, it was! I might have even been worth 95 minutes of my time! 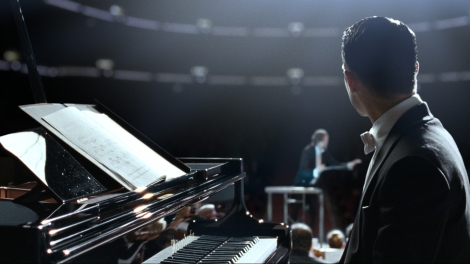 After spending five years in retirement, pianist Tom Selznick (Elijah Wood) is playing a special performance in honor of his former teacher. Considering his retirement was due to a mistake he made while trying to play a very complicated song has given him a sort of post traumatic stress disorder, Tom isn’t really excited about this concert. Instead, he’s doing it more out of obligation, as he’ll be performing on the very piano that he was taught on. Through his wife’s encouragement, Tom overcomes his trepidation to take the stage, but when he starts getting through the sheet music, he sees a scribbled note that says if he misses a single note, then he’ll be killed. Even though he thinks someone is playing a practical joke on him, Tom realizes that these aren’t idle threats, as during one of his breaks, he finds an earpiece in his dressing room that allows him to communicate with the person behind the whole thing. It’s then up to Tom to figure out who could be doing this, worry for the safety of his wife in the audience, and more importantly, make sure that he hits every single note. 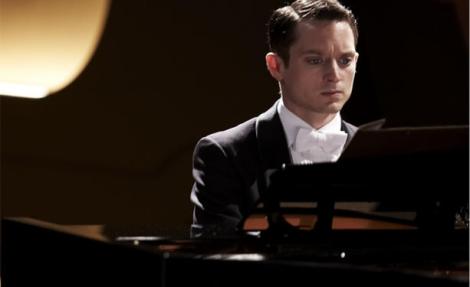 Sorry guys, but this is probably what 75% of the shots in the movie look like.

Yes, that plot does sound pretty silly. You’re right, it is. It feels like some sort of cross between Phone Booth and Speed, and the film is fully aware of itself and how absurd this scenario is. The performances and direction are all somewhat tongue in cheek, but rather than coming across as mocking the audience, it feels like a throwback to old Hitchcock thrillers. I know it might sound blasphemous to compare any contemporary movie to Hitchcock, but seriously, The Birds? It’s about killer birds. Rear Window? A creepy pervert with a camera. These films are obviously classics, but I don’t think you could make those movies these days without it ending up being mocked. I mean, seriously, remember Disturbia? Exactly. Once the audience accepts the conceit of Grand Piano, director Eugenio Mira manages to keep you involved and engaged in a movie where almost every scene is just a guy sitting at a piano. Despite the small scale of the film, Mira still managed to use that to his advantage in sequences where he could focus on Tom’s shallow perspective to play around with lights and scenery around him. The reveal of why all of this is happening is just as goofy and the climactic “battle” at the end of the film tests your patience for the films goofiness, but those are minor issues. Once you accept what this film is and what it’s trying to accomplish, it’s a fun ride and enjoyable to see people paying homage to some classic thrillers and do so without winking at the audience the entire time. 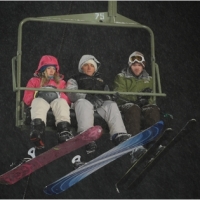 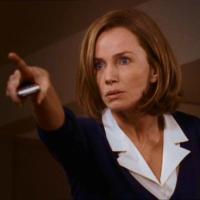