Some people might read my reviews or tweets and call me opinionated, others would call me a stupid piece of shit asshole. I guess both groups of people would be accurate, but I definitely take pride in the former. As the year is winding down and I’m trying to compile my favorite films of the year, I’m remembering that my opinion on the film differed from not only film journalists, but from the general public as well. This isn’t my way of saying, “Hey guys, I liked this movie and you didn’t, how cool am I?” There are people who share my opinion on some of these films. Shit, there’s a lot of people who thought these movies were even better than I thought they were, but the amount of times I’ve had people complacently agree with me as to avoid conflict. To these people I’d have to say, “Have an opinion or shut the fuck up.”

One of my favorite horror movies of the year is The Lords of Salem. I saw it at South by Southwest and was pretty surprised to have Rob Zombie, the film’s writer/director, tell the audience that half of us would love the movie and half of us would hate it. I suppose that’s true of most things, but seeing a filmmaker openly accept that a LOT of people would hate something he put so much time and effort into was really interesting. I fucking HATED his previous two films, but love witches, so I didn’t really know what to expect. The film was slow-paced, surreal, full of strange imagery and disjointed concepts…and I fucking LOVED it. I was pretty surprised when I saw so many negative reactions to the film online immediately following the screening, followed by months of negative opinions once it got a larger theatrical release. Had these people not seen the same movie I had seen? Did they not think that demon priests jerking off, long shots of rats crawling out of an open doorway, or dudes in corpse paints licking Sheri Moon Zombie? Apparently these people saw these things and just thought they were stupid. 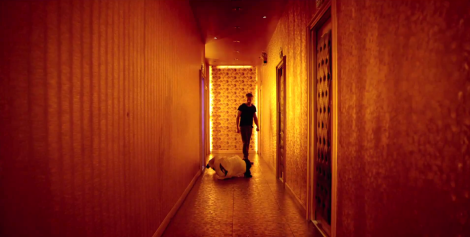 Another film that’s been a favorite of mine this year, that was also slowly paced and full of gorgeous visual and audio elements, was Only God Forgives. The last time that writer/director Nicolas Winding Refn and actor Ryan Gosling got together we were presented with Drive. Highly stylized and atmospheric, that was another film that audiences didn’t really connect with despite receiving high praise from film critics. The expectations were high for the Refn/Gosling follow up that centered around a criminal seeking revenge for his murdered brother in Thailand. With all the shit that Drive got for having flat characters and a lead character he really only has a handful of lines, Only God Forgives somehow managed to have Gosling talk even LESS. I even counted how many lines Gosling had during one screening, and he doesn’t even say 80 WORDS. Instead, the film plays out like a Jodorowsky film in that the narrative being far less linear and the line between things actually happening to the characters and what are visual metaphors are blurred, sometimes non-existent. The film is even dedicated to Jodorowsky, so if that wasn’t a way of telling the audience “Yeah, some of that shit you saw shouldn’t be taken literally”, I don’t know what would. Again, I loved the film and grew frustrated with people discrediting the film for being masturbatory nonsense.

All of the people whose opinions I disagree with have one thing in common: THEY’RE ALL RIGHT. Everyone is entitled to their own opinion and everyone is absolutely justified in having whatever that opinion is. Another thing all these people who hated movies I love have in common is the opinion I have of them: FUCK ‘EM. Someone absolutely hating something I absolutely love doesn’t make me change my opinion a single iota, and if anything, it makes me appreciate it more. It means that the thing I found really special about these movies I consider to be even more rewarding because it means other people didn’t find those things. That doesn’t make me any better or any worse than people who didn’t see what I saw, but I take pride in anything that makes me happy. 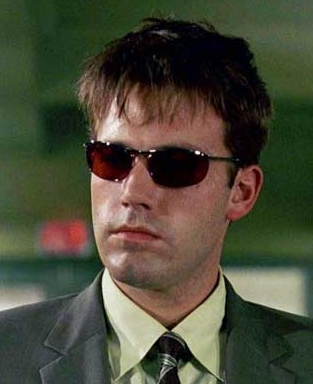 My biggest issue, and the reason behind the title of this post, is the amount of people who, when confronted with an opinion different from their own, tend to back down and submit as to not feel embarrassed for being opinionated. I recently had someone come up to me and explain how pissed they were that Ben Affleck got cast as Batman. Despite how heated they were, I explained I’d reserve judgement until I saw a picture of him in the suit or footage of him in a trailer. The reaction was, “Yeah, I guess you’re right.” I didn’t really make that convincing of an argument, but it made me really frustrated that I by trying to back out of a debate, my counterpart just laid down their arms. If you hate Ben Affleck, TALK ABOUT HOW YOU HATE BEN AFFLECK. I didn’t have an opinion, so I tried to shut up, only to have someone agree with my lack of opinion. I also recently didn’t really enjoy Thor: The Dark World despite tons of people enjoying it. I didn’t hate it, so I’m glad there are people out there enjoying things, but I don’t want any part of it. 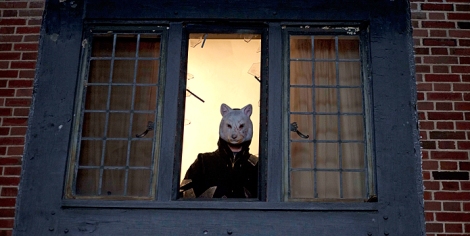 Conversely, I should point out that expressing opinions about things too adamantly can have a negative reaction. At South by Southwest, I finally got the chance to see You’re Next, a movie I had been waiting to see for nearly two years because of how many people say how awesome it was. Immediately after the screening, instead of acknowledging the film as being one of the best horror films to both poke fun at and pay homage to the genre since Scream, I commented on how I was underwhelmed. After many, MANY repeated viewings, I realize how stupid I was for saying the movie was “overhyped”, but that’s what I get for paying attention to other people’s opinions without asking them why they felt the way they did. Through no fault of the filmmakers, a film wasn’t being judged on its own strengths or weaknesses, but rather was judged for other people’s opinions on it. I learned my lesson when it came to Spring Breakers, a movie that I loved in its depiction of how shallow and meaningless the lives of the YOLO generation are, and made sure to not recommend it. I know that it’s not a movie for everyone, so to be able to hear all the negative reactions of theater-goers who had no idea what they had just seen made me feel like I was a member of a very exclusive club. A club that thought James Franco was awesome and could see past the Skrillex booby bouncing.

All of these issues that I’m bringing up aren’t specific to films, but rather are issues I have a problem with in our current society. How many times has someone asked you, “Have you heard of (name of movie or TV show or band)?” to which you reply, “Well I’ve heard OF it…”, knowing full well that you’re full of shit? We have this sensitivity to coming off as less informed than other people so we pretend we’ve heard of things we know nothing about. We’d rather have a calm, quiet interaction with someone than voice our thoughts and opinions or admit to someone we don’t know something. Do people talk to you about the weather? Maybe they talk to you about traffic? Holy fuck, you can stab me right in the dick if you ever hear me engaging someone in a conversation like that. I’d rather talk about exactly why Rob Zombie’s Halloween movies are terrible or why Daredevil wasn’t that bad. If you love something, support it in the face of adversity. If you hate something, try to point out to someone how they could approach it from a different perspective. No one has a wrong opinion and everyone, EVERYONE, is entitled to form their own opinion on EVERYTHING, no matter how many movies they’ve seen or how few bands they might have heard. It’s all relative. It’s just how much weight you put into someone else’s thoughts and ideas that dictate how valid they are. I don’t know though, I guess that’s just like, my opinion.

2 responses to “Have an opinion or shut the fuck up.” 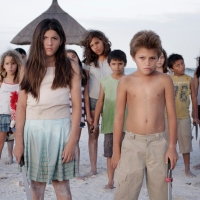 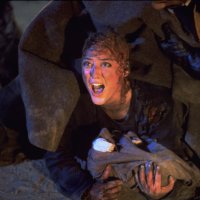