I spent my last year of college living at home so I could save money so that way when I graduated, I could move virtually anywhere I wanted. Some of my very good friends were looking to fill a room in their Chicago apartment, and having always enjoyed my time in that city, I left Massachusetts. I found a few part-time jobs and sometimes worked very weird hours, but filled my off-time with the good friends I had known before moving out there. I ate a lot of pizza and read a lot of comic books, but the friends who I could talk about those things with started to dwindle after a couple of years. Luckily, I also found a full-time job that I thoroughly enjoyed, relieving some financial stress, but I had a hard time turning off that drive and motivation that made me wake up and want to work seven days a week.

Having a hectic work schedule and with a dwindling number of friends who had similar interests to me, I figured I would take my opinions on horror movies and comic books to the internet. Ya know, the place for opinions where everyone is nice and open to differing viewpoints. Having no experience and no resources, I had no goddamned idea what I was doing. Granted, I still barely know what I’m doing, but I feel at least slightly more qualified. Through sheer persistence of publishing my opinions, whether people agreed or disagreed, I was able to network with a lot of people who I have a great amount of respect for, some of which I would even call “friends”. They’d deny that friendship, but you’re reading my blog and not theirs, so shut up.

In the four years that I’ve been writing, I’ve been able to go to advanced screenings, interview filmmakers, attend film festivals, and host special events. In addition to that, I’ve also been able to juggle a full-time and part-time job, and even though I might not sleep all that much, I feel really fortunate to have had all the opportunities that have come my way. As if all this stuff hasn’t been enough, opportunities have presented themselves to me that now allow me to both move across the country in addition to having a job available to me. Since I’m a weirdo who doesn’t really enjoying sharing too much personal information on here, I won’t go into the specifics, but if you’re someone who knows me or at least follows my social media closely enough, you can put the pieces together. I feel incredibly fortunate and appreciative for every single good thing that has happened to me along the way, and, shit, I even appreciate the awful things. What matters is I’m in a great place both professionally and personally.

Unfortunately, there are some drawbacks to moving 2,000 miles away. One problem is going to be I can’t fit all of my stuff into my car and I’m going to have to sell a bunch of things I wish I could keep. It also means I won’t get to eat good pizza as often as I do now. Oh, and yeah, I will also be preoccupied with moving the next few weeks that I won’t be able to update the site as often. And once I am actually in this new city and start a new job…let’s just say I’m going to have a very busy few months. I won’t be completely off the grid, as I’ll probably tweet way too often and upload things to Instagram, but as far as having time to watch AND review movies, well, I don’t really see that happening. Of course, you could always follow me there and see all the hilarious and cool things I have to say!

Thanks for the mammaries, Chicago. And thanks to everyone who has supported me and what I do in any way, shape, or form. Whether it be through reading the site, following my somewhere else, leaving a comment, being a friend, buying a shirt, or encouraging me to write more, I’m incredibly grateful to live such a cool life. My life is pretty cool, isn’t it? Thank you, Satan!

One response to “See ya later, Chicago!” 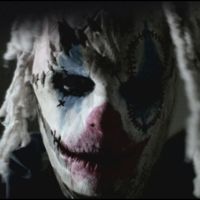