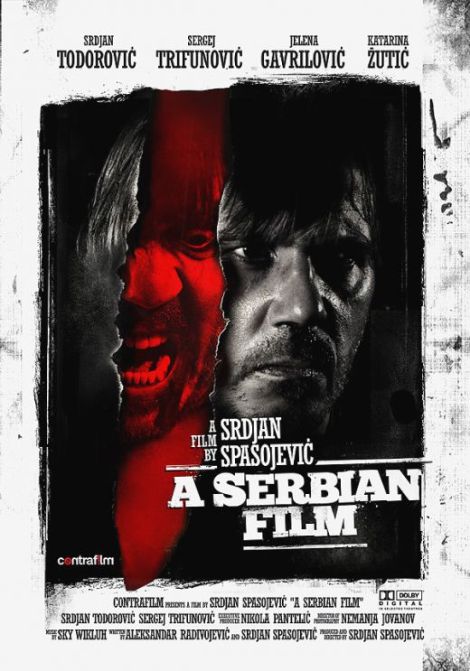 I was lucky enough to have had the opportunity to see the movie that most censorship committees, as well as most normal human beings, will deem “unwatchable”. Most recently, it was a film set to appear at a horror film festival in London when the day before screening it, the filmmakers were ordered to have four minutes of footage removed from the film entirely. To try to force four minutes to be cut, just to be screened at a horror film festival? You know this movie has to be fucked up. And, well, it certainly is. It’s disgusting, repulsive, vile, and makes you sick to your stomach. Not many movies can evoke an actual physical reaction to what’s being depicted onscreen, but this film accomplishes this feat.

“Hey, can you pass me the salt? Oh, you can’t? Because of how far away it is? REAL FUCKING USEFUL TABLE DOUCHE. LET ME GO RAPE EVERYTHING NOW.”

We have Milos, played by Srdjan Todorovic, a quasi-retired porn star who is just trying to make money for his wife and son. When a former cohort, aka lady who got paid to suck donkey dicks, puts him in touch with a new, unheard of director, Milos gets an offer that seems ridiculous to refuse. The catch? Milos will never quite know what the film is about and will just have to react to what’s happening around him, but the amount of money he will make more than enough reason to be involved. As the filming unfolds, Milos gets more and more uncomfortable as he starts to suspect some of the things he might be required to do. He quits the shoot, starts driving home, and wakes up three days later, having no clue what has happened since he was driving home.

At least he has his own cheering section!

Now, since a lot of my readers enjoy reading the reviews, knowing they will NEVER see some of the things I watch, let me warn of HUGE FUCKING SPOILER ALERTS OF THE CRAZY SHIT THAT HAS TAKEN PLACE. Milos goes back to where he was filming and discovers a videotape of things he has done. To be fair, he was drugged with what was called a combination of speed and “Viagra for bulls”. Milos watches the footage of him being in a drug-induced rage having sex with a girl chained to a bed. This gets so violent that he begins punching her and smashing her, only to eventually have someone GIVE HIM A FUCKING MACHETE AND CHOP OFF HER GODDAMNED HEAD…WHILE STILL DOING HER. We also see a flashback of the director showing Milos his other films, which is what caused him to drive away in the first place. The first film shown to Milos involves a man shoving his dick so far down a woman’s throat that she chokes, and he plugs her nose. DEATH BY DICK SUCKING. And next? We see a pregnant woman giving birth, and you’re thinking, “NO DON’T DO HER SHE JUST GAVE BIRTH”. Don’t worry, that doesn’t happen. Instead, we see the guy who delivered the baby….FUCK THE BABY! HE PUTS HIS DICK IN THE BABY AND THE BABY IS STILL COVERED IN AFTERBIRTH AND IT’S AWFUL.

Welp. This is awkward.

Yuck. Milos is involved in another scene, MIND YOU, HE IS FUCKED OUT OF HIS MIND ON DRUGS, where the director wants him to have sex with a child. Milos threatens to cut his own dick off, AND JUMPS OUT OF A FUCKING WINDOW. Sadly, the bad guys catch up to Milos, and bring him back on set. Mind you, this is still all in flashback form, so I hope I am not confusing you. When Milos gets back on set, he is forced to have sex with two people who are passed out and shrouded. He has sex with the first, then moves on to the second person. Then, a masked figure comes and starts having sex with the other one. Milos is SUPER FUCKED UP and doesn’t even give any shits. When the other person doing the sex is unmasked, turns out it’s Milos’s brother. Who is his brother having sex with? MILOS’S WIFE. Who is Milos having sex with? HIS OWN GODDAMNED SON. So Milos loses his mind, grabs a gun, and starts shooting bad guys. His wife wakes up and smashes her brother-in-law’s head, but Milos runs out of bullets. He sees a guy wearing an eyepatch, moves the eyepatch and reveals an empty eye socket. No bullets? Eye socket? MILOS PUTS HIS DICK IN THIS GUY’S EYEHOLE UNTIL HE LITERALLY FUCKS HIS BRAIN TO DEATH. The happy family returns home, and we are no longer in a flashback. Milos remembers locking his wife and son at the house to protect them, where he finds them, terrified. There’s an awkward few days trying to figure out what to do with their lives, when they crawl into bed, and kill themselves. The next day, we see a camera crew in the bed where the family is now dead, with a new director, instructing the camera crew to pull down their pants and “Start with the little one”. END FUCKING FILM. 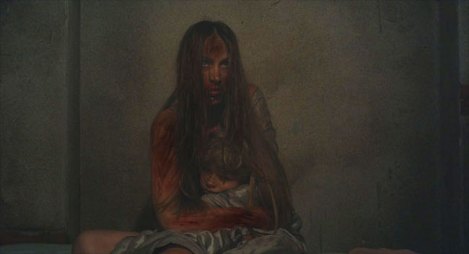 Oh, you don’t like getting raped by your father/husband/brother-in-law? Well maybe you should have said something beforehand.

MOTHERFUCKING GODDAMN. So much terrible and awful shit. I think the point of this film, as well as the reason it sticks with people, is how closely this film ties brutal violence with pornography and sex. I’ve never seen a pornographic film, of course, but the line between sexual gratification, humiliation, and complete destruction of the worth of a human being is being blurred in this community. I feel like that was the message, if any, on how our society definitely seems to take joy in voyeurism, no matter how brutal or graphic it may be. We have plenty of reality shows exploiting the dregs of humanity, and plenty of websites depicting some of the most horrible things that humans are capable of, it seems to only be a matter of time before these two worlds combine. Or who knows, maybe horror films are now just trying to be as graphic as possible so that everyone pukes on themselves and hates their lives. Whether you love this movie or hate it, I would definitely say it’s a powerful, intense, moral-shattering debut film from Srdjan Spasojevic, a director who will have a hard time topping himself. Say what you will about the actual subject matter, this film is a technical achievement that most directors would be jealous of. 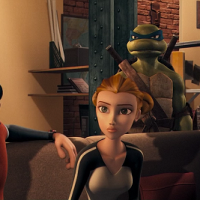