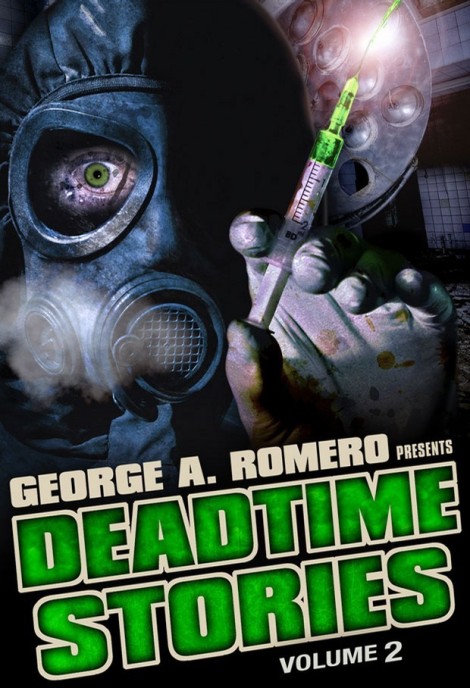 Good luck finding out which fucking installment of this “franchise” I’m talking about, since nobody can seem to agree on what the fuck the titles should be. I think that there was something originally called Deadtime Stories, which was a few short horror films, and these had nothing to do with George Romero. I’m assuming that these films were shown to him, and he agreed to be involved with “hosting” more movies that were composed of short films, in hopes of getting the films more exposure and Romero more money. The movie I reviewed can be found in stores and on Netflix with that image I posted, but if you look it up on IMDb, the summary of the film is completely different from what I watched. WHAT THE FUCK IS GOING ON?!

That goth is so pissed at those pregnant boobs. Don’t worry, goth, they’ll be attached to a dead lady soon!

The first story is kind of like the movie The Descent, because it’s about people who go exploring caves and get trapped. One of the three rock climbers has some huge rock mangle his foot, and as the foot starts rotting and being really shitty, the other the explorers decide to amputate. After amputation, they eat the leg, and the floodgates really bust open, and these two kill the third to eat his body. Eventually rescued, one of the surviving people has an insatiable hunger, and kills the other, and then goes to live back in the cave. Oh yeah, and this turns her into a cave monster or something. The next story is about a teacher who is really strict, especially when it comes to the affair he has with one student. He gets her pregnant and he treats her shitty, so she kills herself in his classroom. He starts having hallucinations about her, and this eventually drives him to kill himself in the very same classroom. The last story was about a security guard whose wife has cancer, but a scientist at the laboratory he protects mentions some magical space dust from Mars. The security guard feeds this to his wife, and not only does it cure the cancer, it gets her super horny all the time, but also turns her into a zombie or something. I think the space dust was supposed to be alive or something and now it’s colonizing humans on Earth? I don’t know, it was dumb.

Despite being trapped for weeks, it’s good to see that shitty beard stays perfectly intact.

Wait, come to think of it, ALL of these stories were dumb. The first story was a typical cannibal becoming insatiable story, and the fact that it was set in a cave for a good amount of it didn’t really add anything. The effects were pretty good, but that’s about it. I’d give it a 2 out of 5. The next story, again, was pretty cliché, and didn’t really bring anything new to the table. Some of the hallucinations that the teacher had were kind of gruesome, as far as effects are concerned, so that’s another 2 out of 5. The last story was a little sillier, so it made it a little more tolerable, but still, nothing new. This story gets yet another 2 out of 5, bringing the grand total to, well, you can do that math, dipshit. The good thing about this one is that all of the stories worked well when compared to one another, and there wasn’t one that was worse than any of the other two. The problem though was that they were all equally shitty, as opposed to all equally good. Not really worth watching any of these stories, unless of course you watch horror movies for their props and special effects. 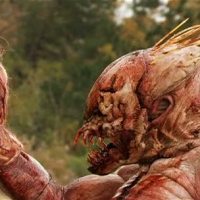