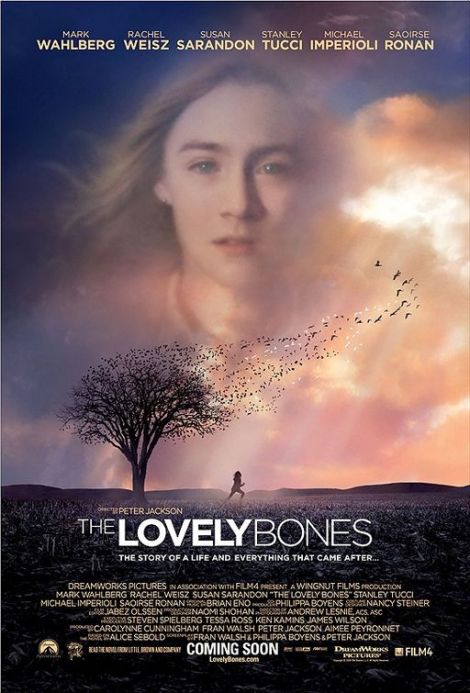 Did I give a shit about this movie when it came out? NOPE. Did I read this book or give a shit about that? NOPE. Why did I watch this movie, that didn’t really have any financial or critical success, years after it was released? Well, once again, it all comes back to Ryan Gosling. While discussing the works of Ryan Gosling with a coworker, they had mentioned that he was the original choice to be in this movie in Mark Wahlberg‘s role. Unfortunately for Gosling, he got too fat and beardy and was no longer allowed to be in the movie, and was replaced by Wahlberg who had recently finished filming The Happening. HAHAHA, remember that movie? That sucked. Anyways, considering I am a fan of Peter Jackson and I knew this had something to do with ghosts or something I figured I’d give it a shot. Plus, ya gotta love that Stanley Tucci! Remember when he was in The Core? Yeah, I do, he was awesome. 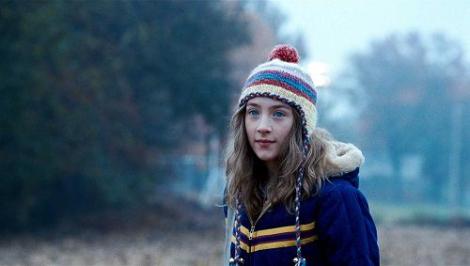 Don’t take that hat off! You’ll turn blonde and then Eric Bana will turn you into an elite killer!

In the opening moments of the movie, we know that Susie Salmon, played by Saoirse Ronan, is killed in this movie. We also quickly learn that Stanley Tucci’s character is the reason she is dead, because he is a creepy pervert weirdo who invited her into some playhouse dungeon thing. Susie doesn’t quite realize that she’s dead, because she seems to be tripping her balls off in some fantasy land with another girl her age. We see the Salmon family dealing with the fact that she has disappeared and that there aren’t any suspects. Mark Wahlberg, who plays the father, continues to push and push and push the police into finding suspects, which drives his wife, played by Rachel Weisz, to leave him. Susie seems to come to terms with and realize that she is dead and that she won’t remember to the people she loves, but builds some sort of connection to them. Throughout her family’s day, they get weird feelings and experiences that seem to lead towards the realization that the neighbor, Stanley Tucci, is the one responsible. When enough evidence is collected towards Tucci, he realizes he needs to destroy the evidence, so he ditches Susie’s body, which has been in a safe in his basement the whole time. He destroys the evidence and skips town and is never brought to justice by the police. In the wake of Susie’s death and her father’s acceptance of her death, his wife and the rest of the Salmon family build a stronger relationship together, so Susie has some monologue about her death built “lovely bones” that connected her family. Oh yeah, then Stanley Tucci falls off of a cliff. 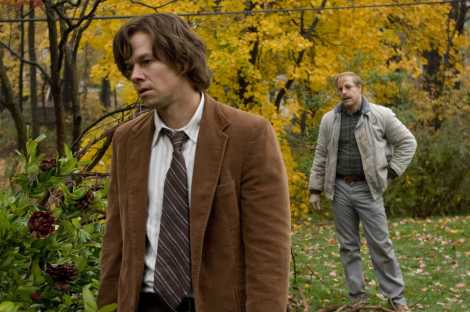 Considering this was based on a book, I don’t really know who to blame for what the fuck was going on in this movie. I’m sure it was intended to be two linked concepts, with the investigative end being one plot and Susie’s strange time in whatever kind of purgatory place she was in, but I couldn’t really connect with either story being told. I could get more interested in the investigative side of Wahlberg finding clues and leads that would bring the killer to justice, but considering we knew it was Stanley Tucci the whole time, it wasn’t too fulfilling. The other shit that was going on wasn’t at all interesting to me, about a teenage girl accepting death and reflecting on her life or something? I guess that Peter Jackson’s involvement made me assume that the fantasy end of things would be a lot more unique or at least visually stimulating, but nothing really happened in that “world” of note. I can see how in the book, if the investigation aspect was dragged out for longer, you would get more invested in wanting the killer to be found and how that desire would tear the family apart, and how that would make the ending feel a little bit better, but I have no clue if that’s what the book did. If you liked the book, you can probably skip this, and if you like ghost stories, then DEFINITELY skip this, and instead just write some erotic Ryan Gosling fan fiction. 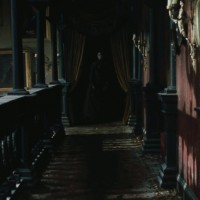 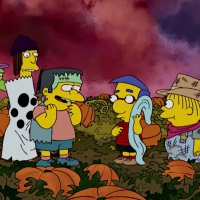