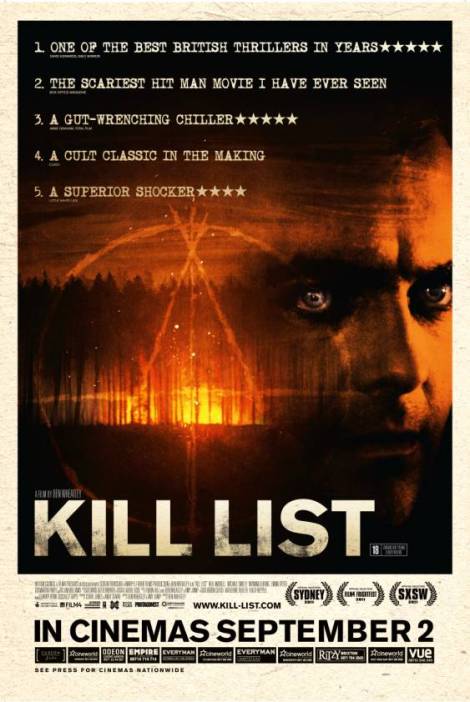 Look at me! I’m always on the cusp of movies that came out last year! That’s the cutting edge journalism you’ve come to expect from the Wolfman, isn’t it? This is another one of those movies from last year that a bunch of people liked, so I gave it a shot. Before I get too far into it, there are going to be a few plot details that are a little fuzzy because they had pretty thick accents. I know they were speaking english, which I should understand, but a lot of it sounded like mumbling in some other language. This isn’t the film’s fault or anything, I just need to get my hearing checked. And yet again, here’s another film where the ending and the twists are what made this movie so enjoyable, so my “spoiler free” review is to go see it, especially if you like the original The Wicker Man. Is it a spoiler to say that? I don’t think so, maybe it’s just because this movie features a screaming Christopher Lee (it doesn’t).

Are you sure it’s safe to wear that shirt AND that stick mask that close to an open flame?

Jay (Neil Maskell) and Shel (MyAnna Buring) wouldn’t necessarily be described as a “happy” couple, as our introduction to them is a big argument. There are financial problems because of Jay’s job, or possibly lack of job. That doesn’t stop them from inviting over their friend Gal (Michael Smiley) and a date over for dinner. It felt like the first half hour was just this married couple bickering and being uncomfortable, that is, until we see Gal’s date go into the bathroom and carve a strange symbol onto the back of a mirror. We learn the profession that Jay and Gal are involved in, which is the business of contract killing. They take a job to kill three people, but things get weird when the person who hires them cuts Jay’s hand wide open as some sort of blood contract. The first victim is a priest, who thanks Jay right before getting shot in the head. The next guy is referred to as a “librarian”, and when left alone with Jay, before getting killed, thanks Jay profusely and asks if other people knows who Jay is. Jay has no idea what these people are talking about! 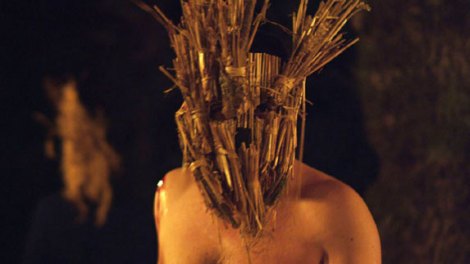 Gal notices that jay is getting a little too carried away in this job, so they go to the person who hired them to try to back out of it. This plea is refused, and Jay and Gal go off to take care of their last kill, who is someone referred to as an “M.P.” Do you guys know what that means? I don’t. Before he leaves, Jay tells his wife to take their son to their secluded cottage for safety because Jay found pictures of him and Gal killing the priest. Jay and Gall see where the M.P. lives and it’s a giant castle of a place. They wait outside and in the middle of the night see a bunch of people with torches and masks made out of sticks and some are in robes and others are naked, presumably a cult. When they’re spotted by the cult, they make a run for it, but the cult catches up to Gal and kills him. Jay makes it back to his family but then sees people with torches outside the cottage. He attempts to confront them, and the cult members encircle him, take his shirt off, and give him a knife. Also in the circle is a hunchback with a bigger knife, so Jay defends himself by stabbing the slow and awkward hunchback a shitload of times, right in the hunch. The masked figures start taking their masks off, and we see Gal’s date who put the symbol on the mirror, the guy who hired Jay and Gal, and when the hunchback is revealed, we see his wife laughing. She’s very much alive, but the hunch on her back was their child. Jay has a giant crown of sticks placed on his head, with all the cult members cheering him on, and as he looks around confused, the movie ends.

Those Brits are known for those dead-eyed stares into the middle distance. And The Beatles.

Those wacky Brits! I really enjoy the original Wicker Man, so of course I’m going to enjoy this movie. Just like with The Wicker Man, it’s a series of seemingly unrelated and confusing events, culminating with the reveal that everything was precisely planned out without the lead character’s awareness of anything. What exactly did the symbol mean? Why were Jay and Gal killing these people in the first place? How long had Jay’s wife been involved with whatever this cult was? Why did she want her son to be killed? Had any of these questions been answered, the movie wouldn’t have been nearly as enjoyable. I can admit that up until the symbol was carved on the mirror, I was considering shutting it off because there was so little going on. And sure enough, right when you can’t be more bored, something weird and mysterious happens and you can’t help but question what the fuck is going on. It really wasn’t until the reveal at the end that I would consider this a horror movie, because it played out more like a typical “thriller” involving contract killers. Finding out how many seemingly normal people were involved in this crazy ass stick face cult is what pushed it over the edge into something horrific. Great performances by everyone involved, and I’m always a sucker for movies about cults and how shitty they are. The scenes of violence were pretty intense, including Jay repeatedly smashing a guy’s hand with a hammer, as well as that same guy’s head, causing his head to pop open like a spring-loaded easy access door to the brain. I think that had some of the plot points been tightened up a little bit and had the film as a whole been trimmed down ten minutes or so, this would have gotten a full moon. Oh yeah, and had I heard more about their chimney sweeping or whatever the fuck they were talking about a little better, it would have been more engaging. 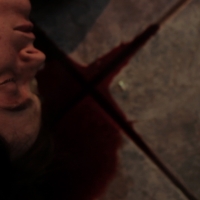