I don’t really understand why there’s been some sort of backlash against Steven Soderbergh lately. I know he came onto the scene with Sex, Lies, and Videotape but it wasn’t until ten years later that he had a string of hits with Traffic, Erin Brockovich, and Ocean’s 11. These films were all either critical or financial hits, or both.  He had a few hits and a few misses of the next few years, but it seems like every one of his films that have come out over the past few years have been met with groans. I know I’m late to the party on this one, but I only just watched Magic Mike a few weeks ago, and I thoroughly enjoyed it. Combine the buzz about that movie with Haywire, Contagion, and The Informant!, and you can see that Soderbergh might be back on a streak of entertaining movies like he was ten years ago. In addition to the recent string of solid releases giving me reason to check out Side Effects, the movie also stars Rooney Mara, who I had last seen in one of my favorite movies of 2011, The Girl with the Dragon Tattoo. Had a similar film been made with a different director or without Ms. Mara, I probably wouldn’t have given this movie the time of day, but I did, and I’m glad I checked it out. There’s going to be mild spoilers about the plot, but I won’t give away the ending, but if you haven’t seen the movie then you might be surprised with the lifespan of one of the characters prominently featured in the trailers.

Despite her joy over her husband Martin (Channing Tatum) being released from jail, Emily (Mara) still can’t get a grasp on her chronic depression. Martin does his best to be there for her, but he doesn’t realize the severity of the situation until Emily intentionally crashes her car into a wall. The psychiatric doctor who treats her that night, Dr. Jonathan Banks (Jude Law), only allows her to leave the hospital if she agrees to see him at his office. Once Jonathan understands her frequent bouts with depression, he puts her on a few different medications, but none of them seem to be making a difference. Dr. Banks is offered a lot of money to test out a new anti-depression drug on his patients, and one of those candidates is Emily. The drugs seem to be working well, and Emily’s life with Martin seems to be getting back to normal with only a few side effects. Hey, I wonder if that’s how the movie got its name? Anyways, one of those side effects is that Emily sleepwalks, which is more of an annoyance than something worth stopping the medication for. Well, Martin might disagree with the severity of these sleepwalking issues, because during one of these sleepwalking incidents, Emily stabs and kills Martin. Through the cooperation of Dr. Banks with the police, the court allows Emily to be institutionalized at a mental facility as opposed to a prison, so long as Dr. Banks continues to work with her. The public coverage of the events begin impacting Jonathan’s life, he begins to try to unravel some of the unsolved questions he has about Emily. What he ends up learning is just how much money there is to gain from being involved with pharmaceutical companies and all of the “side effects” you run the risk of encountering just by trying to help people.

Let me guess, another sexiness argument? I always lose those.

With horror movies, I feel like I can be a pretty good judge of the quality of the cast and the filmmakers and the originality of the plot and things like that, but with much bigger budget productions like this, I sometimes feel at a loss. Jude Law, Channing Tatum, and Rooney Mara are all good actors, which is why they make so much money, so they all gave good performances. Soderbergh has made over 30 films, so obviously he knows how to shoot a scene and edit it together. The biggest strength of this movie, like what I normally enjoy about Soderbergh’s films, is the core storyline. Movies like Traffic, Contagion, or the Ocean’s 11 trilogy are all really enjoyable because of the ensemble acting. There isn’t always one person who stands out as being the best, which to me means you could replace a lot of them with other talented actors, but the story is what’s engaging. Side Effects is certainly no different. Every time that the viewer tries to anticipate which direction the story is headed, it veers in a slightly different direction. I’ve referenced Traffic and Ocean’s 11 already, and I think this story’s tone kind of fits somewhere in between those two movies. It deals with the moral implications of the responsibilities of a healthcare provider and the lengths that people are willing to go to deal with depression, which are both heavier stakes, more similar to the war on drugs themes in Traffic. The specific details of the storyline feels more like a murder mystery, a courtroom drama, or even a heist film when it comes to the way the characters play off of each other. I haven’t seen any of the movies that might be considered Soderbergh’s “misses”, which I’m okay with, but I stand behind every one of his “hits”. Even though Side Effects isn’t really his best movie, it’s got a solid cast, it looks good, and has an interesting story. Even though all of his hits might not be “great”, they’re all quite good. Having announced his retirement from filmmaking, I’m hoping the last film he releases can be considered one of his greats, rather than one that’ just pretty good. 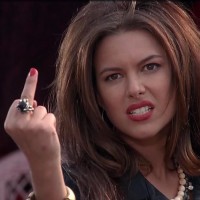