Would you believe that last year I didn’t even mention going to C2E2 at all?! What a piece of shit! And the year before that, I just talked about going to it on my “podcast”? What an idiot! Well, even though there isn’t always a ton of stuff to talk about with the goings-ons of the Chicago Comic and Entertainment Expo, this year I had a few interesting experiences that I am sick of explaining to people individually. If you bring up C2E2 in front of me, I’m just going to tell you the URL of this post so that I can save my energy. Sound good? Sounds good!

My brother and I arrived at the convention center in the early afternoon and just kind of wandered around the floor for a bit. The best part about Friday is that it is the least crowded day of the whole weekend, so even if you don’t buy anything, you can still get a rough idea of where things are and where you might want to revisit. The only panel that we went to had an overview of the Comics Code, and since we were hoping to see more of what kinds of things were considered unacceptable, but it ended up being more about the people behind developing it. That was all well and good, just not what we expected. That night, some cast members of the Thrilling Adventure Hour did a live show where, being in Chicago and all, did some improv. It reminded me why I hate seeing improv. Following that, Brian Posehn hosted a bunch of stand-up, and THAT was awesome. Both Dan Telfer and Posehn had a lot of bits focusing on nerd things, but they were clearly bits that they’ve tried out on larger audiences who might not have gotten everything, but the nerds in the audience ate it up. They weren’t pandering and you could tell they were excited that people understood all the references. Kyle Kinane, on the other hand, didn’t have any “nerd” related bits and, for the most part, made fun of nerds in the audience. I’d only ever heard Kinane on podcasts and he made me a BIG fan of his stand-up as well. GOOD JOB, BUDDY!

The first panel I checked out on Saturday was hosted by Rotten Tomatoes. The event invited audience members to come up and speak out about a film they passionately like or dislike, to which the panel of film critics would either agree or disagree with. I had to stand up and speak out in favor of Halloween III: Season of the Witch, which was mostly met with a shrug. Granted, it’s from 30 years ago and the panel wasn’t made up of genre experts, but no one could really disagree with the points I made. The next panel that I went to was a celebration of the 20th anniversary of The Crow and featured Ernie Hudson, Tony Todd, and Michael Massee. The moderator reminded us that Ernie knew nothing of Ghostbusters 3 and to not bother asking. After a few questions, I raised my hand and started asking my question. “Mr. Hudson, I believe there’s a sequel that the whole audience wants to know about…” I started, as the moderator started shaking his head as he wondered why I went ahead to ask him about what I was told not to ask. I continued, “…we all want to know when there will be a Congo 2.” You’d think that Amy the gorilla walked in the room with the cacophony of applause and laughter that broke out. Ernie replied, “Ya know, it’s not often that I get surprised up here by a question…but I don’t think there’s going to be a Congo 2.” The moderator was so relieved that he even gave me a coupon for a free photo with Ernie!

The next panel we went to on Saturday was with Alfie Allen, Kristian Nairn, and Natalia Tena from Game of Thrones. The whole panel was kind of weird because some audience members have read all of the books and the panel dealt specifically with the TV show, so hearing cast members and panelists theorizing about where the show was going when members of the audience knew exactly where it was going. The best thing about the panel was when the moderator mentioned that he was going to try to keep track of how many times Kristian, who plays Hodor, was going to say “hodor”. Kristian then went on to say that he would say “hodor” as often as anyone wanted because he loves saying it. Being his first acting job, he clearly understands how lucky he is to have gotten his success and really appreciates it. Also, Natalia did let on that she actually does read comics, so she fit right in with all the nerds at the convention.

My top priority on Sunday was to make sure I got the chance to redeem my photo with Ernie Hudson. Once I finally got up to Ernie, he was holding a proton accelerator, or what I have referred to as a “ghost blaster”. No, it wasn’t a proton pack, because there was no pack involved. He offered to hand me the particle accelerator, to which I declined. I once again surprised Mr. Hudson. I asked him if, instead of me holding it, if he could point it at the object I brought with me. From my pocket I pulled out, from my personal collection, a VHS copy of Congo. I think this is when it clicked for Ernie that I had been the guy who asked him about Congo the previous day. The result is that I know have a picture of myself, surrounded by Ghostbusters stuff, with Ernie Hudson pointing a particle accelerator at a VHS copy of Congo.

It’s really hard to follow an experience like the one I had just shared with Mr. Hudson, so I just had to wander around and decompress for a few hours. The last panel that I planned on checking out was about how to become a RLSH. Oh, you’re unfamiliar with that abbreviation? Why, that stands for Real Life SuperHero, of course! You know how you’ll see news reports about people getting dressed up as a superhero of their own creation and then patrolling the streets? That’s those guys! It started off pretty silly and it was hard not to chuckle at pictures of someone dressed as their own superhero while riding a segway, but after the initial guffaws, we got to learn more about why these people do what they do. Most of the heroes on the panel weren’t choosing to go out and fight petty crime, but rather volunteer their time at a soup kitchen or dropping by charity events for kids. They made it pretty clear that what they’re doing isn’t necessarily more heroic than anyone else engaging in philanthropic activities, but by doing it in a costume, it creates a spectacle. Seeing a guy in a business suit giving money to the homeless is one thing, but these heroes hope that seeing someone in a superhero outfit donating to the homeless might inspire everyone to be a little more heroic. Sure, it’s easy to poke fun at or mock someone who comes up with their own superhero outfit or name or “origin story”, but it boils down to the fact that these people are just out there trying to do good things for those less fortunate. They just happen to be doing it with enough confidence to wear a silly outfit.

And with that, C2E2 2014 came to a close. One of my favorite parts about the whole convention is hearing comic book experts and creators talk about their books, and this is the first year that I didn’t go to a single panel discussing current books. This is exceptionally strange because this is the first year where I have been completely up to date and every title that I’m reading. Oh well! I only bought a handful of things, mostly because I don’t need more garbage in my apartment, and got to spend time with people who I only get to see at C2E2. I’ve said it before and I’ll say it again, but the last few hours of the convention always make me very sentimental. Not that I have feelings or anything, I just mean it’s probably the closest I get to having feelings. I feel lucky that I get to regularly partake in nerd-related events and live in a major city with lots of cool things going on, but seeing people come from all around the Midwest to spend just a few days getting to celebrate their passions in a way they might not be able to regularly in their normal life is pretty special. Even more special when you get to spend it with a bunch of strangers. Thanks, C2E2! See you next year! 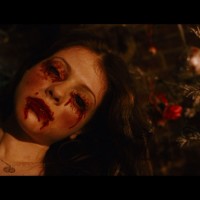 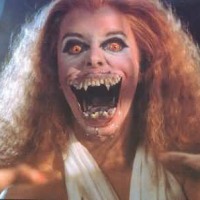