Well the year ended about four months ago, but after recently being asked what my top five were, I figured I might as well post it for all to see! Now these might not necessarily be classics to put in a vault for all time, but these were the ones I enjoyed most. Some of these you might have expected, others you probably didn’t. It’s also possible that the next time I see any of these films I might write an extended review, so I will try to keep it short and sweet. So now, in alphabetical order, I present to you, my top five horror films of 2009.

Surrounded by controversy that seem to exceed the actual content of the film, Antichrist brought to screen some of the most disturbing images of 2009. It seemed as though everyone was upset with how they interpreted the film, completely oblivious to what was going on. At its core, I felt this movie was trying to convey the concept that rather than the world being inherently good with instances of evil, what if the world was inherently evil with instances of good. If you can stomach the graphic violence, mostly involving the bathing suit area, it is well worth going into this movie without expectations and let the images speak for themselves.

Drag Me To Hell 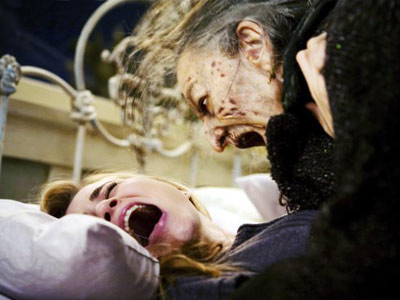 This movie is also referred to as “Evil Dead 2 With A Budget”. This film seems to successfully accomplish what was attempted in the Evil Dead trilogy. It was over the top and funny when it needed to be, and made you jump out of your seat anytime they felt like it. If you are a Raimi fan at all, you should see the movie immediately, as I find it to be some of his most solid work. The gypsy woman, played by Lorna Raver, has one of the best performances of the year, and Alison Loman walks the line of sympathetic without being pathetic. If you can watch this movie for the first time, in the dark, and not jump a single time, then you might want to get your pulse checked.

The House of the Devil 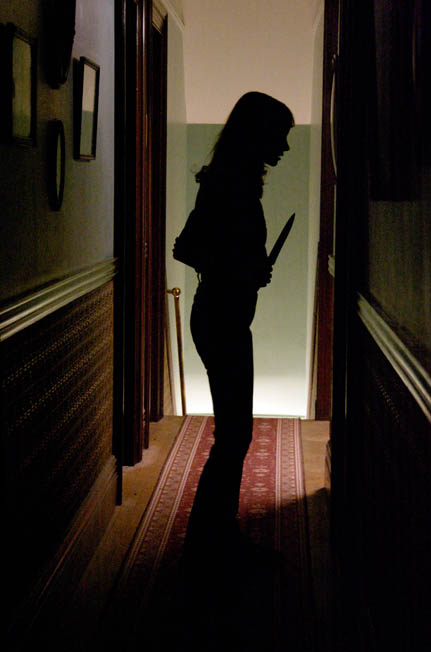 This movie successfully was able to not only pay homage to a certain genre but also brought some original ideas to it. In this day and age it seems like every iconic horror movie is remade and updated with no originality, so this throwback to an older style was much appreciated. This slow-paced film teased you and tempted you with hints at what was to come, and kept you white-knuckled the whole time. The payoff, despite lasting just the last few minutes of the film, made the whole thing worth it. 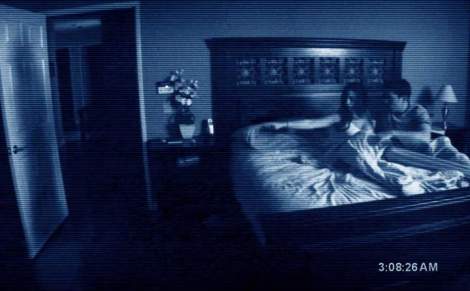 I am sure you are all sick of the hype this movie got by now, but that doesn’t mean I wasn’t pooping my pants the first time I saw it. It wasn’t a new concept, but it was shot in a frightening way. Considering how many shows are on Discovery and SyFy there are about hunting ghosts with crappy video cameras, you felt like you were just watching a really scary episode of one of those shows. They did a great job with the visuals and sounds you experienced, so you never knew exactly what was about to happen. Whichever ending you saw is fine, because they really all were effective in different ways. Just a fun film, and the sequel will blow goats.

Where The Wild Things Are 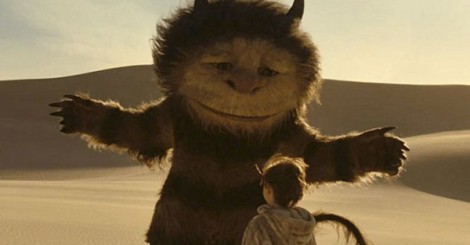 I guess I am definitely using the term “horror movie” quite liberally, but it’s my blog so shut up. I consider this to be one of the most well made films of last year of any genre. One reason I included it here was because it’s about monsters. Sure, maybe not terrifying monsters, but the scenes involving threatening to eat Max were pretty intense. The story involves a figure of self-claimed authority telling the wild things that everything would be good and great and only things you want to happen will happen. Then when things start going wrong for everyone, the person who guarantees happiness abandons everyone to go back to something better. Now that’s just goddamned depressing. What really made me consider this movie to be horrifying is how surreal everything is. Both realities are extremely exaggerated, yet so distinctly real they make you question whether or not these people or places actually exist. This is all a credit to the filmmaking of Spike Jonze. Not many people can say they took a children’s book and have it end up in a top five horror movie list.

Welp, there you have it folks! As I mentioned earlier, I wouldn’t be surprised if the next time I see any of these films I write extended reviews. Check these movies out the first chance you get. And if you’ve already check them out, hopefully you watch them from a slightly different perspective.