Slowly making some headway on this series, I’ve crossed the halfway point! Yes! This one takes place before the previous film, and has nothing to do with outer space, luckily. There’s a detective who encounters the puzzle cube and is kind of a dick, so he sleeps with a prostitute while leaving his wife and child at home. The next day at work, he gets a call from the prostitute and can hear her being murdered. He and his detective buddy go to investigate the crime scene, and everything that happens from there on out is kind of crazy and nonsensical. We are led to believe that there is this one guy called the “Engineer” who is responsible for murders and supposedly the construction of the puzzle cube. Between investigating the murder, which turns into multiple murders, and the fact that this guy is kind of losing his mind and seeing demons and other crazy shit, it’s kind of hard to tell what was going on. Rather, hard to remember the specifics. Ultimately, while having a conversation with someone who he thinks is his friend, this friend reveals himself to be Pinhead in disguise! Oh man! Oldest trick in the book. Turns out that the killer he was chasing was actually the dark side of his own soul being manifested, and all of the shit that has been happening to him has been punishment for being such an asshole. Then he wakes up! Oh man! And he’s back in the hotel room with the prostitute, relieved that it was all a nightmare. He goes to work with a new-found appreciation for life, and while at work, gets a phone call…THAT HAS THE PROSTITUTE GETTING KILLED! So it turns out, he is fucked, and repeating the torture of his soul for being such a dick. He kills himself, only to wake up and continue to repeat shit. Poor guy.

I would recommend that pinhead change up his method of capture from chains to the face to, well, anything else at all, but it just seems so damn effective!

Throughout most of the film, I kept thinking about how similar this sequel is to Halloween 3: Season of the Witch. Not because of the plot similarities, of which there were none, but because of how different it was from the other sequels in the series. The puzzle cube was involved throughout the whole film, but Pinhead doesn’t even show up until about 15 minutes before the movie is over. It seems as though they took the parts that were quickly glazed over from the first films, the discovery of the puzzle box and the psychological torment it put people through, and made this more of a psychological thriller, rather than a horror film. Of course it was a horror film, and there were demons, but definitely had a better storyline than the previous sequels. 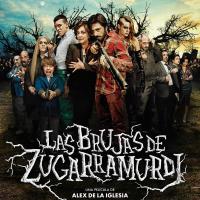