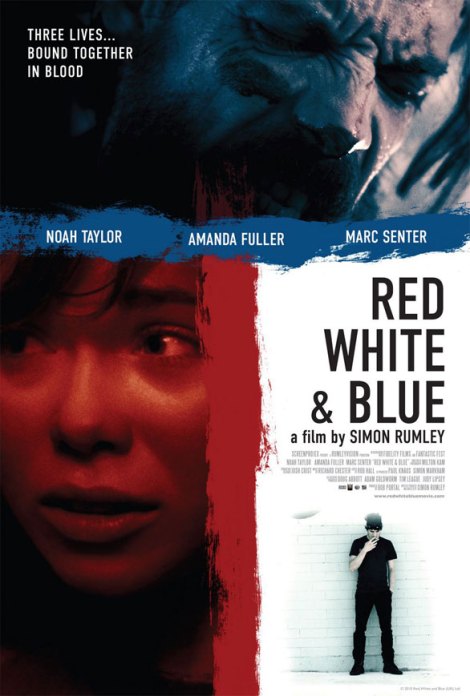 Are you seeing this, JD?! You recommended this movie to me months ago and here I am, finally reviewing it. This is yet another movie that falls victim to the curse of Netflix Instant. I add it, I actually consider watching it, then just scroll past it to watch Parks and Recreation or Archer or something. I recently did attempt to clean house as far as my queues were concerned and got rid of everything I knew I’d never watch. This movie stuck around, and I even bumped it right to the top of the list so I always had to look at it to get to something else. The time finally came for me to watch it, and these are my thoughts on it.

This is basically what I think I look like any time I wear a denim vest. Except I will never have a beard this gnarly.

The first few minutes of the movie we see Erica (Amanda Fuller) acting all slutty and stuff. It took me a few moments to even know if this was the movie that JD asked me to watch, and apparently it was. Erica claims she won’t sleep with any guy more than once and she isn’t in a relationship, and even gets gangbanged by a couple of “rocker dudes”, including Franki (Marc Senter). Despite her promiscuous ways, Nate (Noah Taylor) takes an interest in her, and despite her initial rejection of affection, seems to take a liking to Nate. They don’t appear to have a sexual relationship together, but something deeper. The story then cuts to Franki and his shitty relationship which leads us to his discovery that he is HIV positive. He is able to track this back to Erica, so him and his other rocker friends kidnap her to confront her, which results in her being Franki’s captive. The story cuts back to Nate, who returns to dinner at a restaurant to find Erica missing. He finds a credit card that belongs to one of the kidnappers and heads to their house. He mentioned earlier his involvement in the military so it’s not too big of a stretch of the imagination to believe he could access that information. He arrives at the guy’s house and tortures him, his wife, and their daughter. When Nate asks where Erica is, the man says she is in his trunk. When he opens the truck, Nate only sees one of Erica’s body parts. Realizing she’s been killed and dismembered, he tracks down and tortures all the people responsible. Franki gets it the worst, as he is tied down and has his entire head skinned while still alive. We then see Nate driving out into the desert, presumably to put that life behind him, and we see him bury a photo of him and Erica on the night that they had gotten married.

HOLY SHIT I WANTED TO RIP THOSE GODDAMN FEATHERS OUT OF YOUR STUPID EARS YOU DUMB PIECE OF SHIT.

But why is it called Red White & Blue?! I can’t remember where I read it but I saw somewhere that each different color represents a different character? Or something? I don’t know if I believe that, but I do believe that Noah Taylor had a sweet denim vest with an American flag on the back of it while he was torturing people. Speaking of which, Noah Taylor was fucking awesome in this. I’ve seen him in plenty of things before this, and he’s always good, but he’s typically a character used for comedic relief, so to see him in a grizzly beard and acting like a goddamn maniac was pretty terrifying. I don’t know whether or not Marc Senter can be considered “good” in this movie, because he annoyed the fuck out of me. It’s entirely possible that means he was great at being annoying, but either way, I was quite happy to see him getting his head ripped off. I mentioned that I wasn’t sure if this was the correct movie for the first half hour or so, because it’s mostly just showing Erica and Nate’s characters and relationships develop, but when Nate sees Erica getting sexually harassed by coworkers and Nate attacks them with a hammer, it clarified that it was indeed a horror movie. It was slow-paced, which I typically enjoy, but considering that “slow pace” also involved seeing a lot more of a character that I thought was really fucking annoying wasn’t all that enjoyable. Franki also had a side story about his mother having cancer or something and overdosing on pills, which I guess was supposed to justify how he could snap like he did, but I found it unnecessary. If you like revenge movies, I’d recommend checking this out, but without Noah Taylor it might not have been as enjoyable.