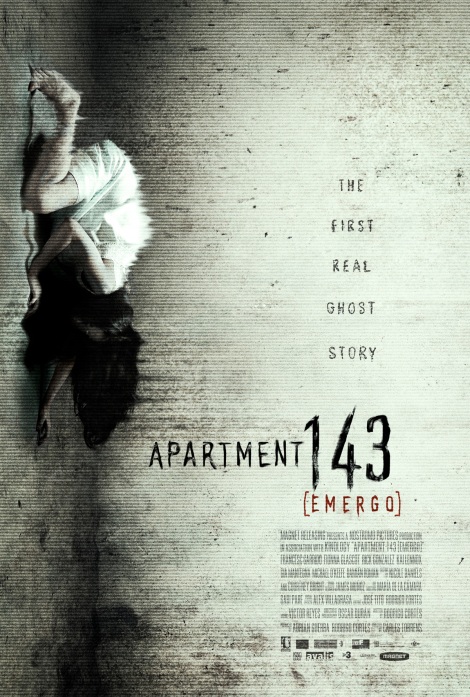 I don’t typically buy into movie “brands”, but instead pay attention to directors, writers, or actors, and follow their work across multiple studios. However, one logo that I frequently notice and associate with quality films would be Magnet Releasing, which is the home video market for Magnolia Pictures. From the [REC] films to Trollhunter to Tucker & Dale vs. Evil to The House of the Devil, well, you get the picture. Granted, they’re not perfect (I’m looking at YOU, Survival of the Dead), but they have a pretty good batting average. When I saw that Magnet released a horror movie that involved found footage and some sort of ghost hunting type of people, of course I’m going to watch it! You rarely disappoint me, Magnet! Are you going to this time? Tune in to find out! By tune in, I mean read those couple of paragraphs down there. 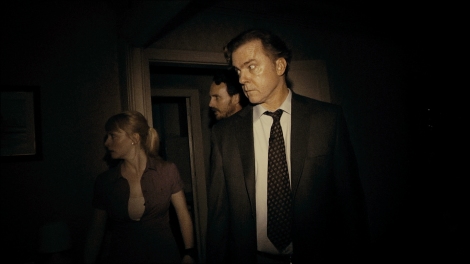 Danny from Caddyshack is all grown up! And he’s SO FUCKING CONFUSED.

There are three people on their way to some type of investigation thing, and for all intents and purposes, let’s just say they are paranormal investigators who are trying to help out a dad who has had weird experiences ever since his wife died a few months earlier. Things include objects moving, loud thumpings, and although not paranormal, lots of arguments with his teenage daughter who blames the father for her mother’s death. From there, the standard motion sensor/security camera installation scenes get started, and loud thumps and objects moving happens right away. Some ghostly activities happen, like objects moving, those loud thumps, but what becomes more disturbing is the relationship between the father and the daughter, which makes you think maybe there’s more going on than was originally admitted to. Through all these supernatural events taking place and the father losing more and more patience, it is revealed that before his wife died, he was about to divorce her because of her issues with depression. The night he took the kids was the night she got into a car accident, and he had been keeping the truth from his children the whole time. Shit gets crazy and the titular apartment gets shaken and the daughter starts levitating or some bullshit? I don’t know, that apparently solves the problem and the investigators take their shit and leave, but one camera is left behind and then we see the mom crawling on the ceiling towards the camera for one last “scare”. 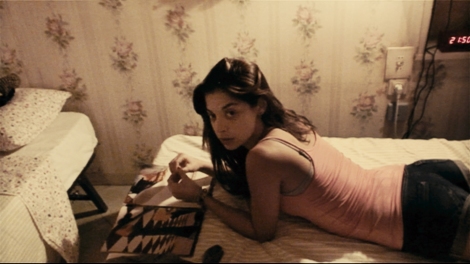 Can you BLAME the father for possible sexual assault if his daughter looks like this? YES, THE ANSWER IS YES, YOU CAN, YOU PERVERTS.

Although sounding like complete dogshit, there were a few things that were somewhat interesting. At one point, the investigators use a machine that supposedly annoys ghosts or something, and when we see the machine, it’s blurred/pixelated out. It was confusing at first, but if you think about it as the investigators themselves who made this “footage” available, they might not want to give out all their secrets. Not that the machine itself was interesting or anything, but commitment to the context of the narrative was nice to see. Also, and I’m not sure if this was a good or a bad thing, the fact that there was crazy shit going on in the apartment and the investigators just stuck through it, relatively calmly I might add, made these people look more professional. Looking back, it came across as an unfunny version of Ghostbusters, where these characters have dealt with so much crazy stuff that this doesn’t even phase them anymore. On the other hand, it could have been terrible acting that caused these characters to not give a shit, or a terrible script. The latter idea might be the case, considering most of the film has bad acting and writing. Maybe if you absolutely love those found footage haunted house movies then this’ll be more up your alley, but only one or two interesting ideas isn’t really enough to make this movie enjoyable.